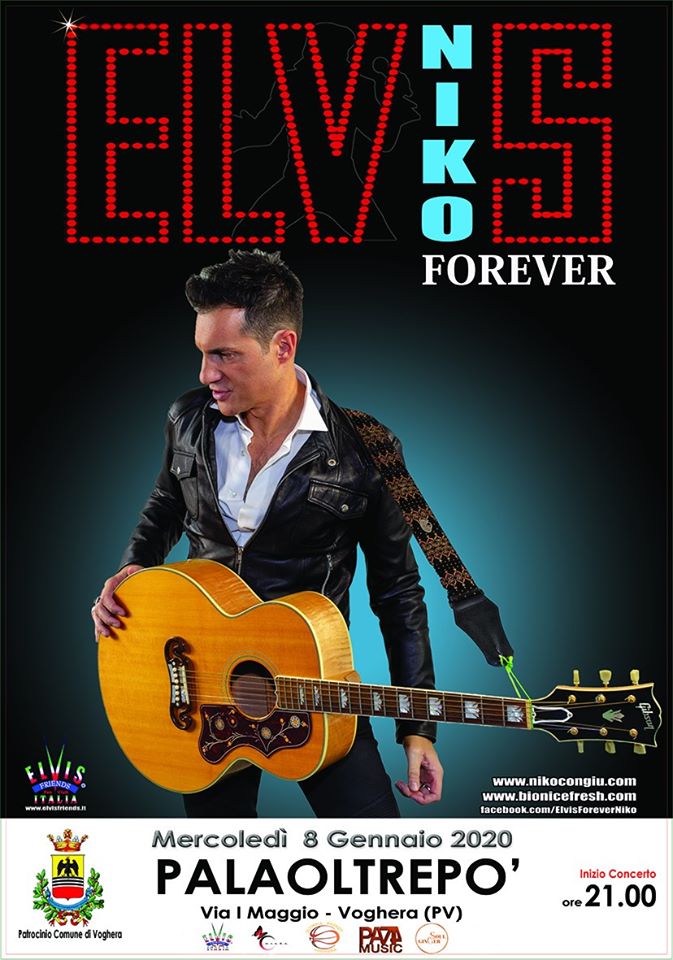 Also Italy 🇮🇹 will participate at Elvis Week 2018 🇺🇸 proudly represented ✌✌✌ by the “Great, Stupendous and Awsome Voice” 🎤 of our compatriot Nicola Congiu who will finally perform for the first time in Graceland, at the House of Elvis, or best at the Guest House Theater in a Live Concert on August 16th at 3:00 pm 🤗❤👏👏👏. A special, not to be missed concert, featuring a live stage introduction by ’68 director/producer Steve Binder, who became also manager of Niko. Get your tickets now at ElvisWeek.com! I always thought that the King was waiting for him with open arms and I am very happy that this moment has arrived. It will certainly be a triumph because with his Voice 🎤, his charisma, his stage presence and his personality he will conquer all 🤗❤ … W Elvis always and W Niko who will sing al🔝🔝🔝 in memory of his “Master”, as he himself has always defined Elvis…Every so often an artist is discovered with a voice so rare and a gift so pure. Most of today’s music is overproduced and prepackaged; marketed with glitz and glamor that more often than not, doesn’t live up to the hype it claims to be. From a small town in Italy, we are reminded of what real talent sounds like – his name is Nicola “Niko” Congiu.

Born in Sardinia, Italy Niko grew up knowing that he would become a performer. This self taught musician began his career singing on the bar circuits of Italy playing four to five hours every night. Performing on both guitar and piano, Niko’s voice spans three octaves and easily handles current pop, rock and soul, as well as classical music. Following the examples of his favorite musicians such as Sam Cooke and Freddy Mercury, Niko was able to create an electrifying stage persona that engaged audiences of all ages. From his consistent touring and endless hours of performance Niko fashioned a strong following of his fellow Italians that soon ended up with packed rooms every night. Alongside of touring Niko helped build his reputation by participating in national singing competitions that were televised all across Italy. In 1997, Niko formed his own nine-piece orchestra and toured extensively throughout northern Italy.

It was at one of these shows that Niko was discovered by notable director/producer, Steve Binder (1968 Comeback Special).While on vacation in Italy with his wife, Binder stumbled upon a crowd of over 1,000 marveling at the performance of the devastatingly handsome chanteur. So impressed with Niko’s performance Binder returned the next night only to be even more blown away than the previous evening. It was then that he decided to bring Niko back to the States and introduce America to the sounds of a musical genius.

Immediately Binder set up a showcase for his music industry friends and contacts which, in turn, began the professional relationship between Niko and Live Nation. Everyone from Live Nation that attended became as ecstatic about Niko as Binder was. Along with Binder’s partner, Seth Jacobs, binderjacobs music management signed Niko to a long term artist development deal with Live Nation.

In a little over year, Niko has made impressive strides and has been recognized by many of the industries finest musicians and promoters. He has been signed on as a Gibson artist, opened for Jewels with the Chicago Pops, opened for Celine Dion at the start of her “Taking Chances” world tour, sang at Carnegie Hall with Tony Bennett at the 25th Anniversary of the New York Pops. On tour with Chicago and the Doobie Brothers in 19 cities in the United States, and starred on New Year’s Eve at the Venetian Hotel in Las Vegas. So begins Niko’s inebitably long and successful carreer in his quest become an international stae. In September 2010 the actor Jerry Lewis wanted him in his “Telethon” for the search against muscular dystrophy before an audience of 60 million viewers.

Back in Italy, Niko resumed his television collaboration with the author / presenter / lyricist Paolo Limiti participating in the TV show “It Was With Us on TV” in the summer of 2012, enjoying great success. Currently, Niko continues to perform throughout Italy and Russia, in particular, in the prestigious Moscow theater “Dom Musiki”. With a voice rivaling the sounds of Josh Groban and Andrea Bocelli, Niko is one of those rare power ballad singer who come along once every decade…#elvisweek2018 #elvispresley #elvispresleytribute #nicolacongiu #nikocongiu #nikocongiuthevoice #nikoliveinconcert #nikocongiutributetoelvis #italiansingingstar #italia #sardegna #quartusantelena #cagliari #comebackspecial #68comebackspecial #50th68comebackspecial #50thanniversary68comebackspecial #guesthousetheater #stevebinder #graceland #memphis #tennesse #usa 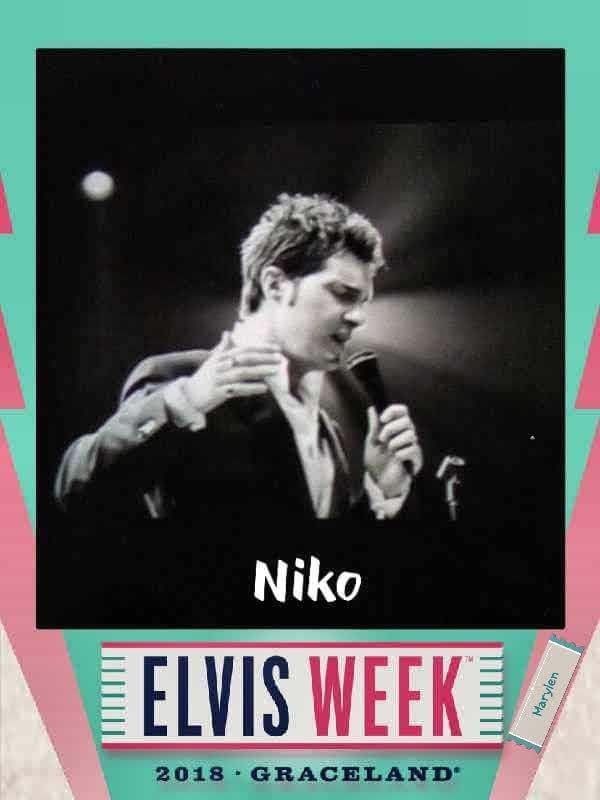 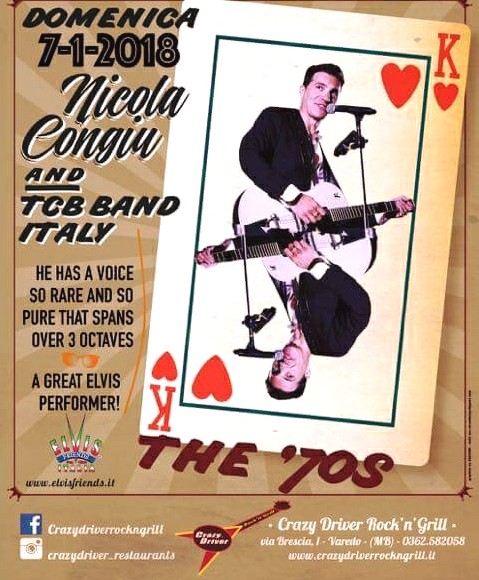